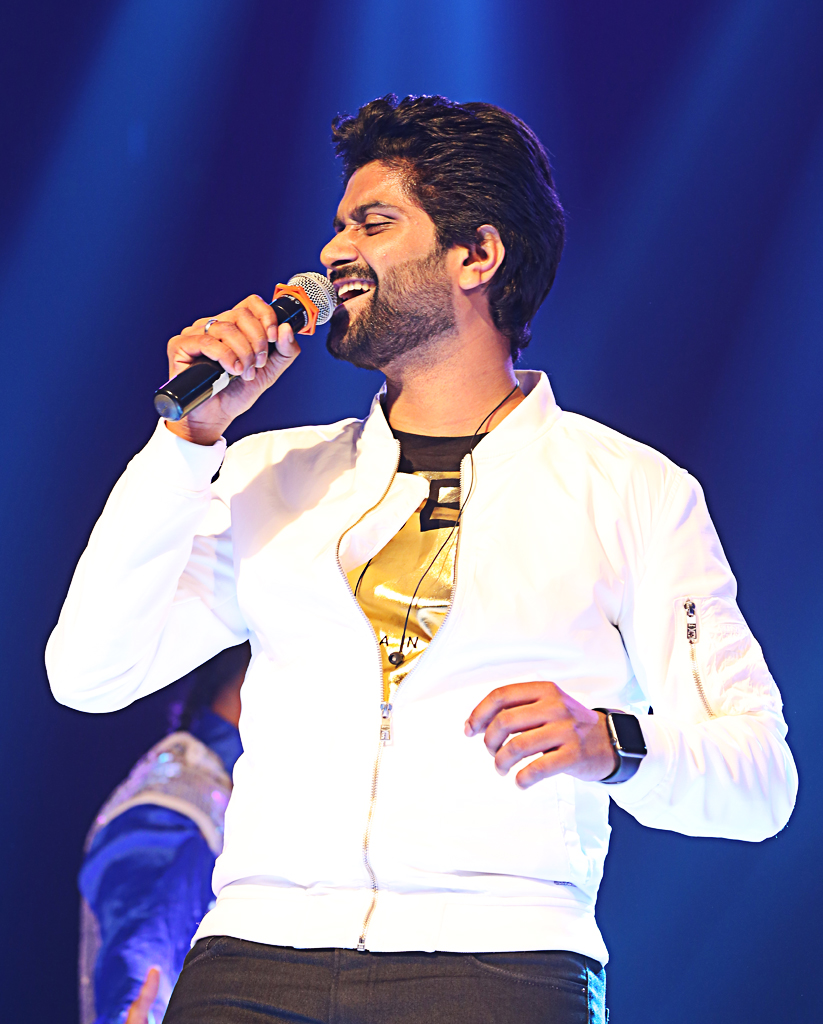 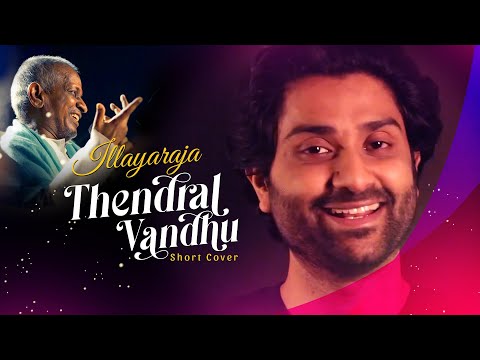 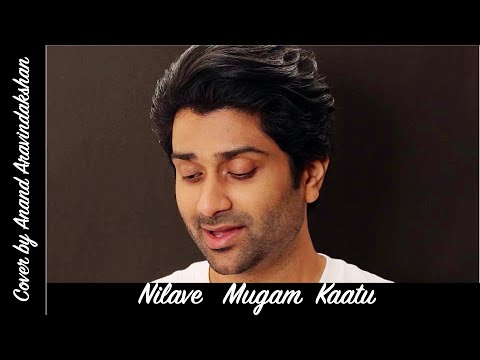 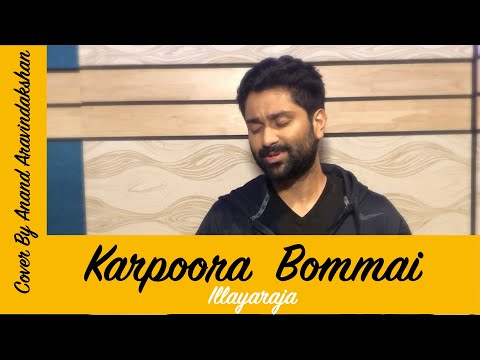 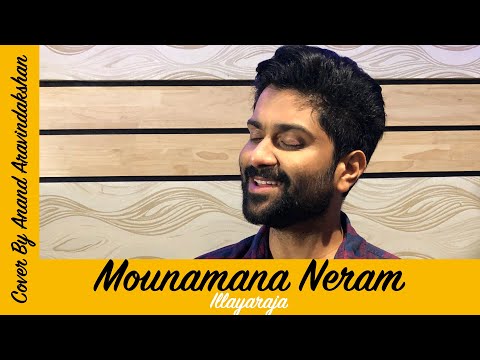 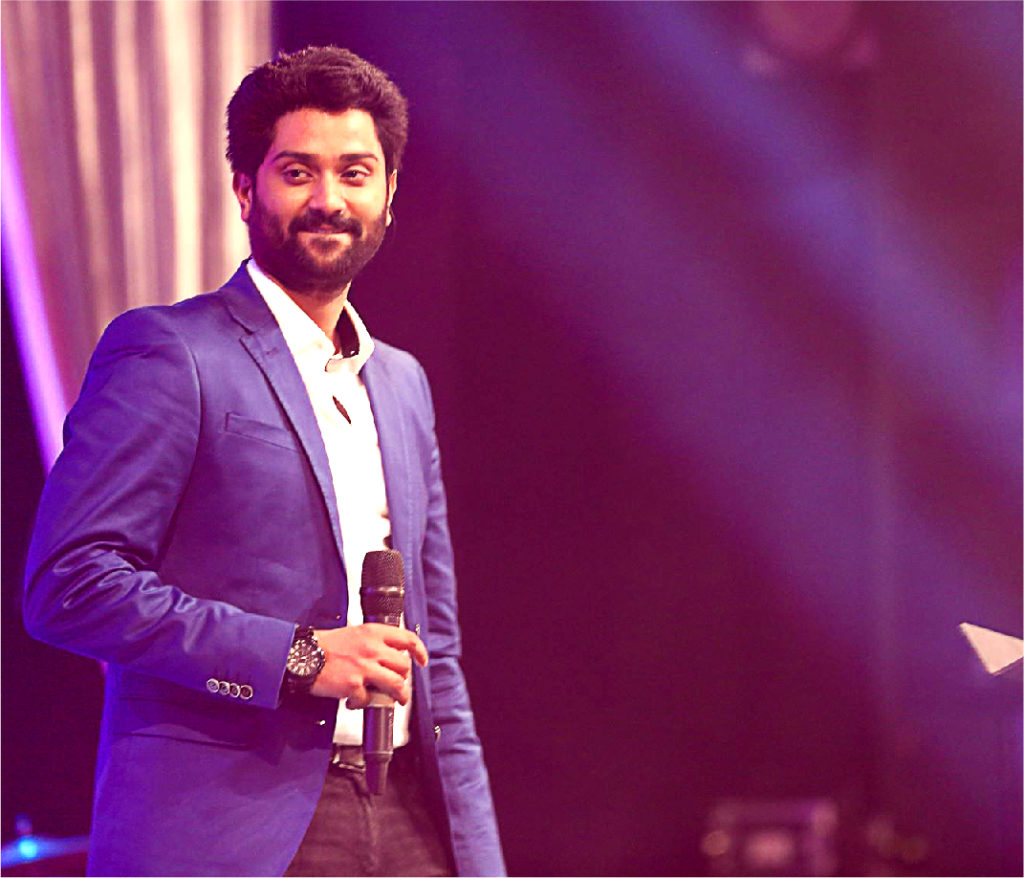 The winning of super singer opened the doors to the movie industry and subsequently gave him the hit number ‘Sirukki Vaasam’ from the film ‘Kodi’. Anand has a glorious history of working with reputed and award-winning music composers, and lent his voice in various movies, popular jingles and devotional albums. He has been the voice behind popular songs like Ninna Leni in Telugu movie 180, and Mayilaanjiye in Sivappu Manjal Pachai.

Don’t miss any update. Take off on a musical journey.
Subscribe

A Celebration of love, music, joy and happiness.
Like Page

Life is made of the small moments. Drift deep into the rhythm.
Follow
Award Winning

Embarking on a musical journey early in life to now reaching the pinnacle of success, Anand strongly believes that he is a living example of the theory – “When you truly want something in life, the entire universe conspires in helping you achieve it.” There is no other way! 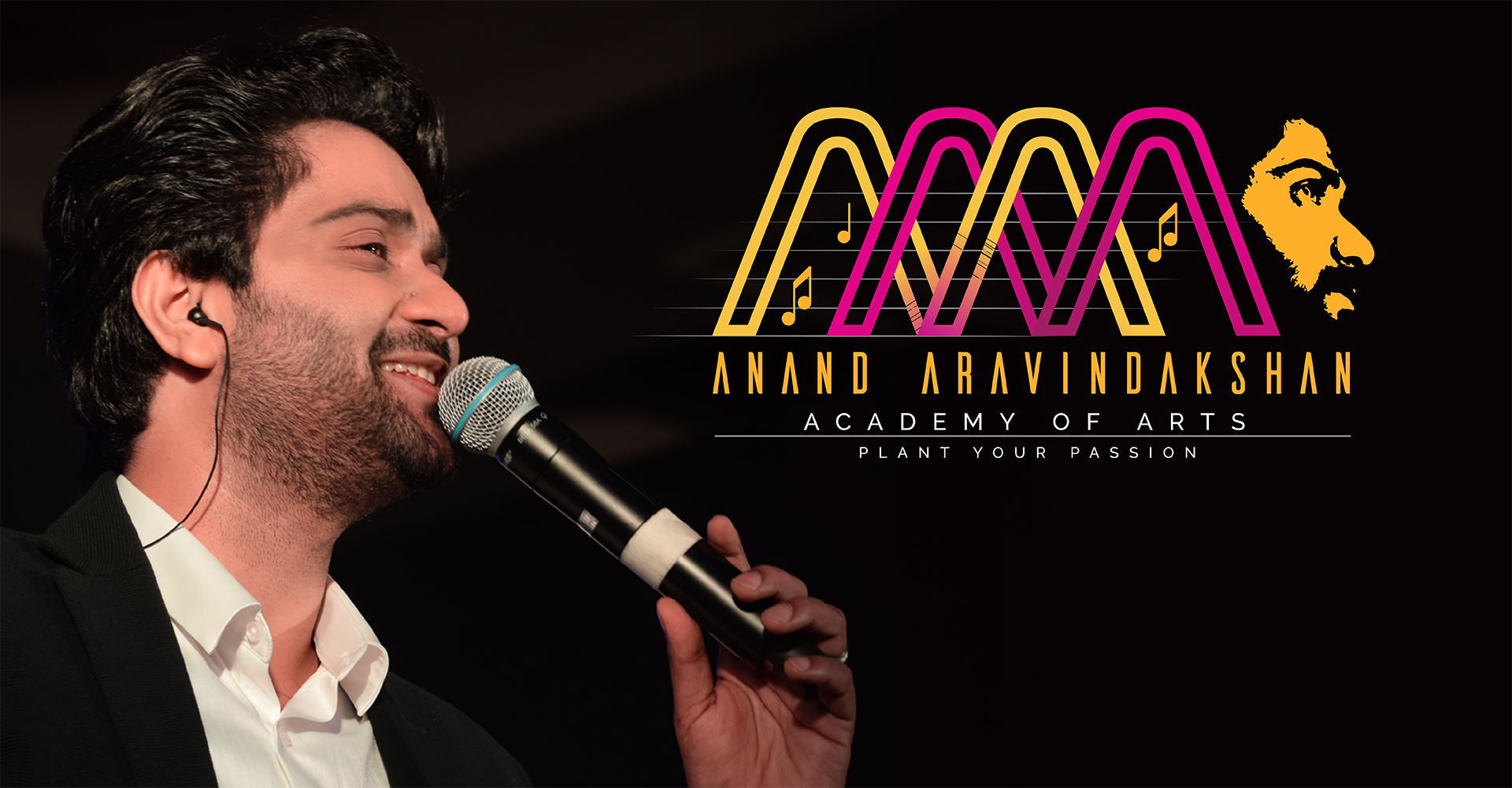 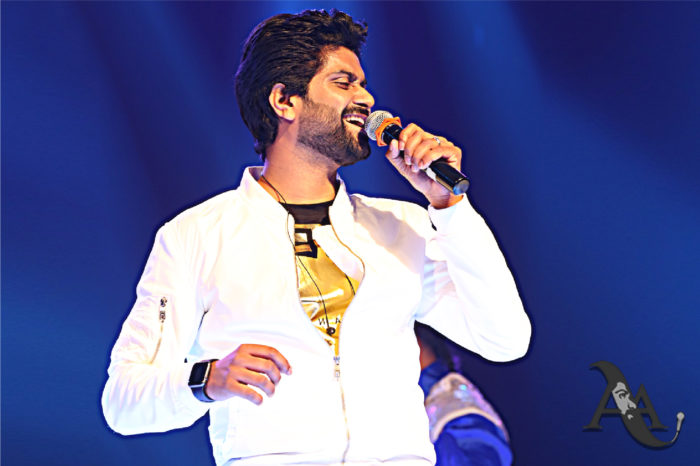 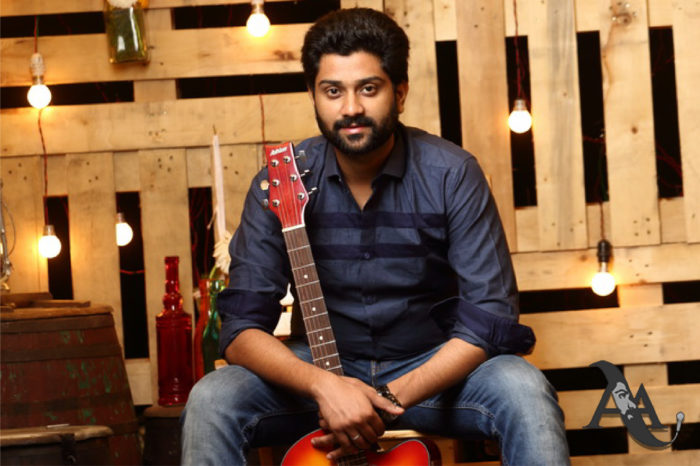 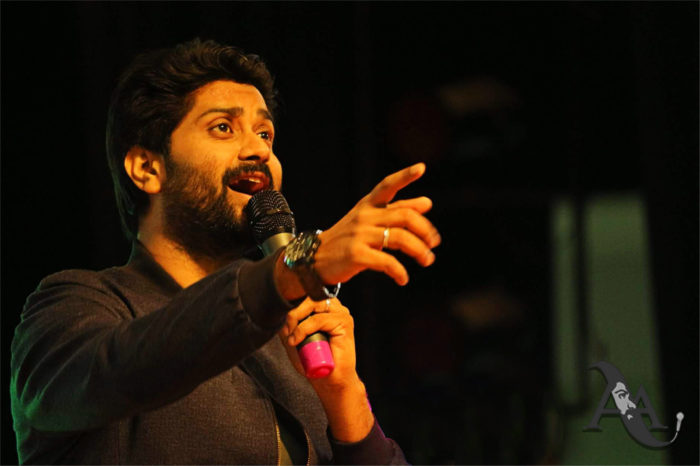 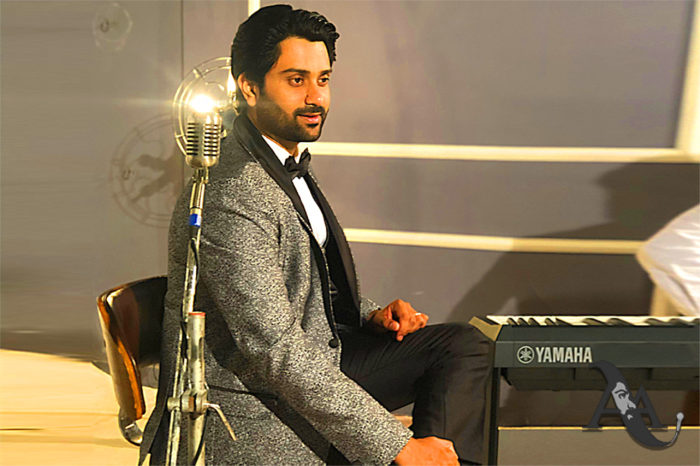 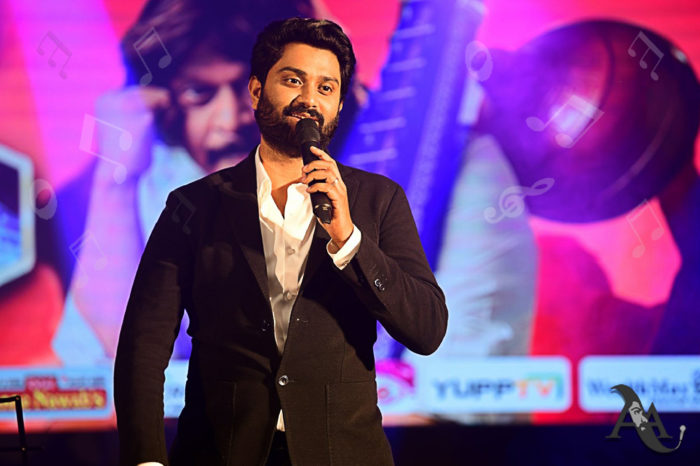 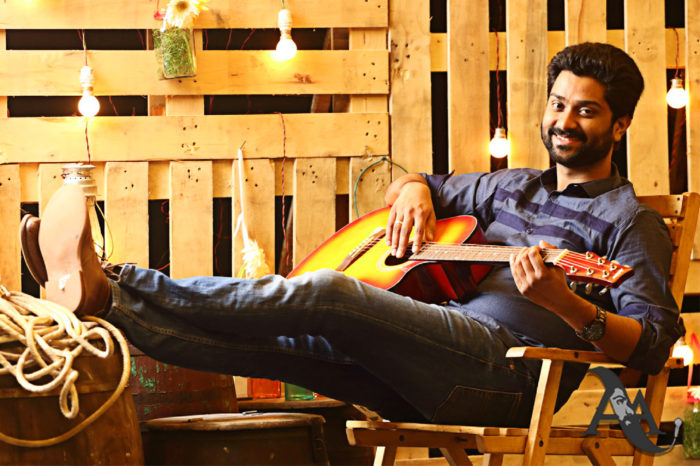 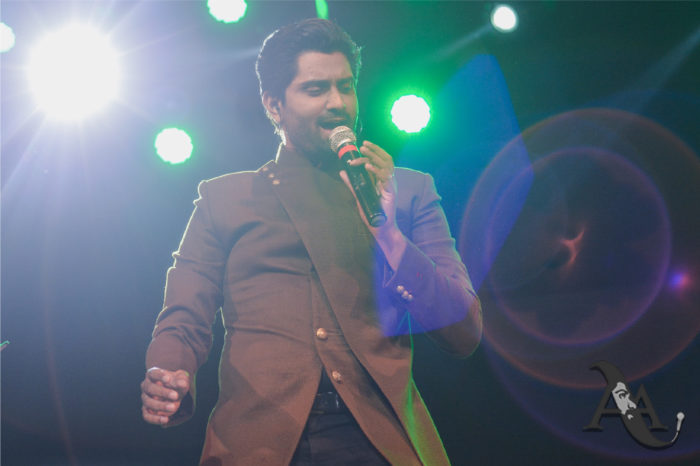 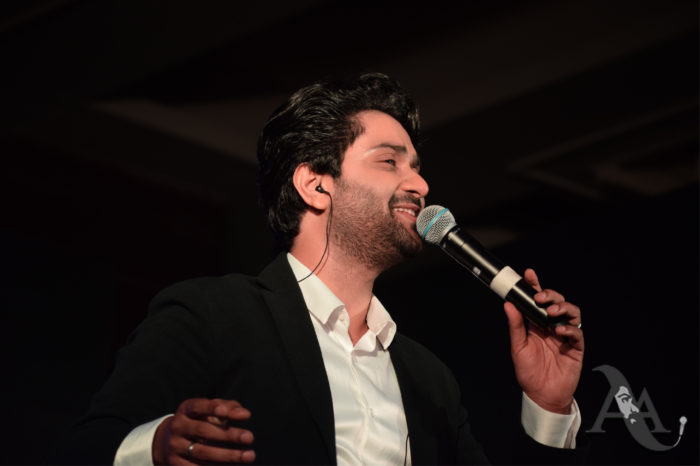 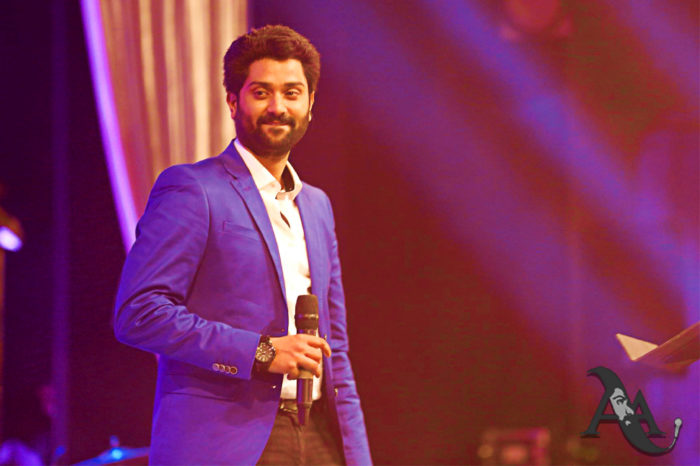 As a creator, Anand is an artist extraordinaire! His body of work is about creating a magical experience in the hearts of his people, his fans, and his organizers. He worships his craft, acts with utmost professionalism and integrity, delivers a mesmerizing performance every time, shines on stage with his creativity & interactions, and most importantly connects with his audience. I have had the absolute pleasure, honor, and privilege of knowing this wonderful human being from close quarters. Creativity, care, and Passion are the hallmark qualities of Anand’s character and what defines him. I would like to say that Anand, as a superlative artist comes only second to the wonderful and compassionate human being that he is. Whatever Anand does, it is sincere and heartfelt. He is a remarkable team player and leads by example. Regardless of his role, whether it is helping the organizers backstage, solving problems real-time, shining on-stage, or having fun with his fans, Anand steals your heart with his charm and love. Anand Aravindakshan, needless to say, he is a phenomenal singer. I’ve had the utmost pleasure working with him and sharing the stage with him is just sheer pleasure. One quality of Anand’s that makes him stand out in the scene is his professionalism. I’ve always seen him by the stage when musicians are setting up and doing their soundcheck. He’s just there to make sure the whole event flows smoothly which really takes out a lot of pressure from the managers, artists, and the clients. He just keeps getting better. I always look forward to the next stage that I could possibly work with Anand. It’s always a party and a happy vibe when he’s around. 10/10 each and every time. Anand Aravindakshan is a rare combination of a good singer, talented performer, true artiste, and a lovely human being. Our professional association with Anand for Eventart has always been very pleasant and we always wish him all success and hope to work together on many more projects together. Anand is a voice in a million. Incredibly versatile and yet gentle in his demeanor, he has been one of the most endearing collaborators. We have done several stage shows together. His quick-witted interactions on stage with me in Australia were the highlight of our tour there in 2018. Anand is a thinking musician and a professional. And a genuine joy to work with. Never known to flaunt his celebrity status, Anand continues to use his public reach to help the less privileged which is evident in his words like “Going live for Life” to raise funds for the terminally ill; “The Charity Laptop Initiative” to support underprivileged students during the recent lockdown. It is always a pleasure and honor to work with a talented star like Anand and we look forward to many more collaborations in the future. Anand Aravindakshan is a versatility personified singer and performer. I made use of his services twice. Both times he did more justice than expected. The patriotic Kargil song which is my brainchild has caught everyone’s attention. He has directed the orchestration and sung it. The orchestration and singing matched the punch of the lyrics and catapulted that song to meteoric proportions. Anand Aravindh has great passion and humanity. He will surely decorate the firmament of singing Stardom in the near future. Best wishes Aravindh on your new website.

Embarking on a musical journey early in life to now reaching the pinnacle of success, Anand strongly believes that he is a living example of the theory – “When you truly want something in Life, the entire Universe conspires in helping you achieve it.” There is no other way!